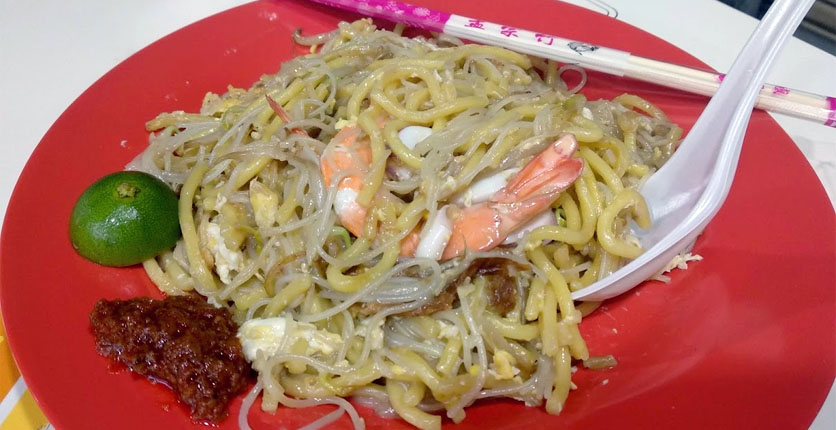 Usually shortened to “Hokkien mee”, this comprises thick yellow noodles fried in a rich prawn and pork stock and served with chilli and lime on the side. It is said to be originally known as Rochor Mee because it was first sold at Rochor Road, by Hokkiens.

Its history gets more obscure with accounts that suggest that today’s version, with gravy and sambal, is a Peranakan version of the original Hokkien mee, which was served dry and eaten with chilli. It is said that the famous “Singapore noodles” is actually a gravy-less variation of the Hokkien Prawn Mee. 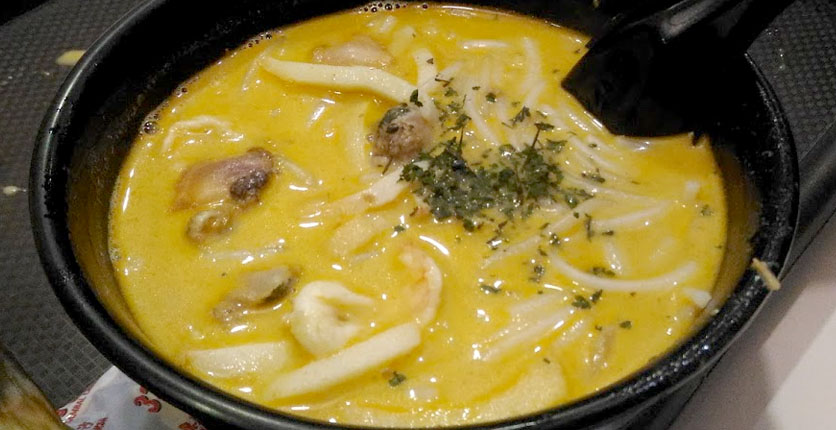 As a culturally hybrid dish, laksa blends Southeast Asian spices and even coconut milk to Chinese noodle soup. As a Peranakan dish, it has its origins from a Peranakan settlement in Singapore, which is Katong.

There are various types of laksa available in Singapore, of which Katong laksa is the only purely home-grown variant. Topped with ingredients like cockles, prawns and fishcake, the thick vermicelli is cut into short pieces that only requires a spoon to consume. 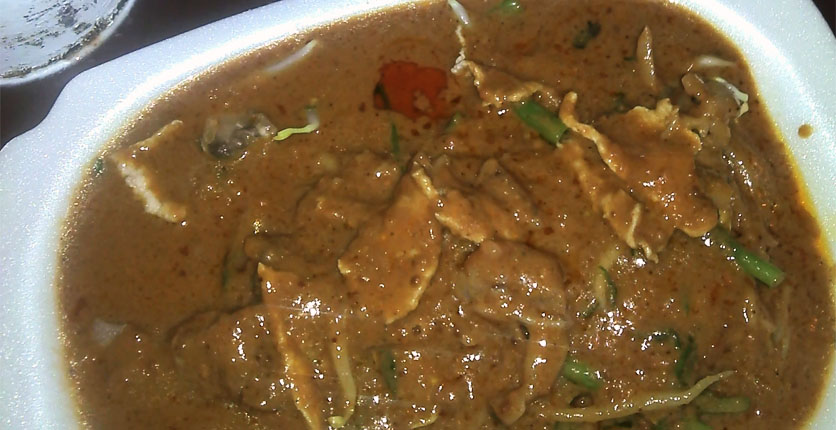 While satay originated from Indonesia, satay bee hoon is a dish invented by the Teochew people who immigrated to Singapore. Satay bee hoon sauce is a chilli-based peanut sauce, like the one served alongside satay, except it has more chinese spice added to it and has a thinner consistency. The satay sauce is then spread on top of rice vermicelli, and topped with a variety of seafood, such as cuttlefish, cockles, prawns or sliced pork. 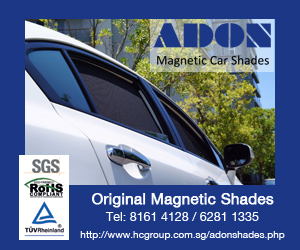 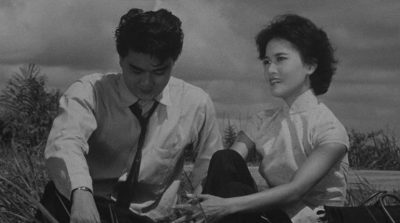 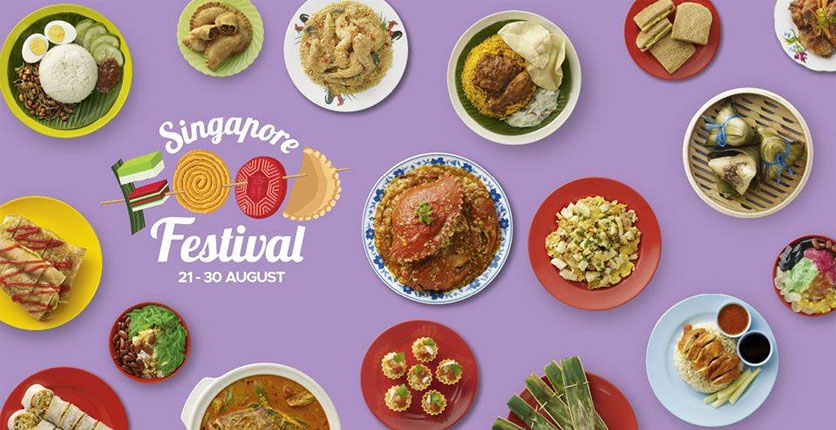 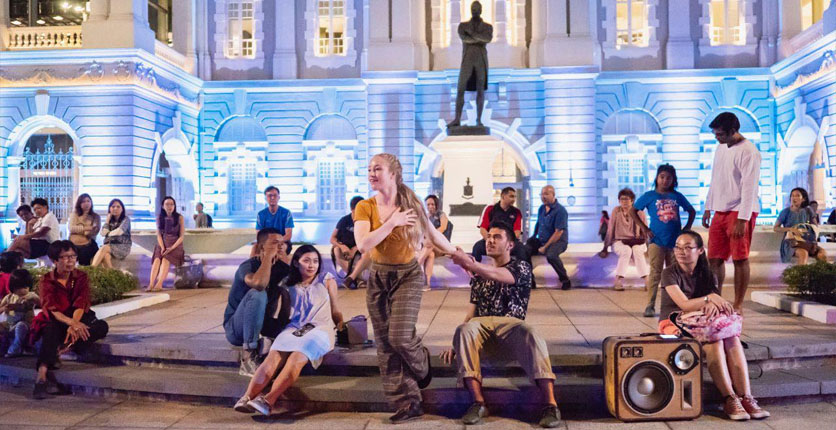 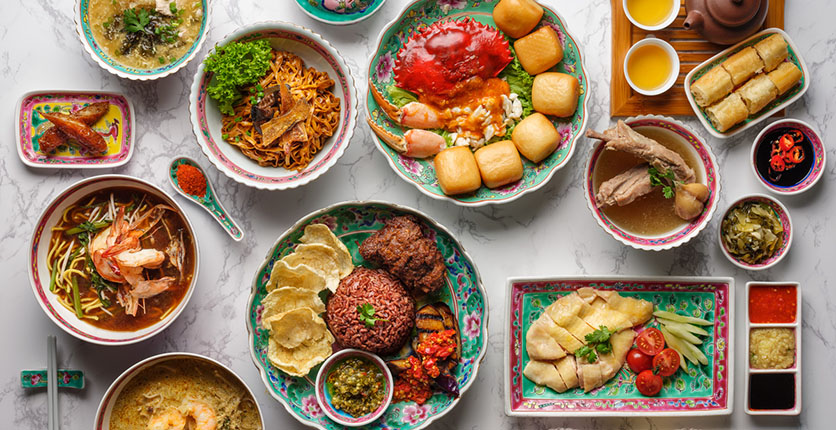 NSMan checks out four must-have Singapore national dishes and see how truly unique they are.