An entrepreneur, best-selling author and the recipient of the President’s Challenge Award in 2015, the gregarious Koh Seng Choon has always been a dynamo. From sweating it out in a foundry in England to gatecrashing dozens of weddings in India just to expand his business network, the 62-year-old has built himself a successful career on the back of his tenacious nature.

Today, driven by his passion for giving back to society, Koh makes a difference in the lives of the marginalised through his two social enterprises, Dignity Kitchen and Dignity Mama.

Established in 2010, Dignity Kitchen currently has a branch in Boon Keng and another in Hong Kong’s Mong Kok district, both of which function like a food court selling an array of classic Singaporean dishes such as laksa, chicken rice and char kway teow.

The unique quality of these two eateries? They provide training and employment to a total of 115 special needs individuals from both countries.

Dignity Mama operates under the same philosophy of empowering special needs individuals and their families through employment. The secondhand bookstore currently has four outlets, all of which are located in hospitals in Singapore.

NSMan caught up with Koh to find out more about the motivation behind his social endeavours.

You seem like quite the go-getter in life. What jobs did you do when you were young?

Following my National Service in the Navy, I put my skills as a mechanic to use by joining Jurong Port as a ship fitter. In 1983, I went to the UK to study engineering and business before landing myself a job in a foundry operated by the William Cook Group.

The working conditions were very harsh but the pay was good, and this was why I soldiered on till I became a manager. I needed the money. Back then, I didn’t have a place to stay. I spent many of my nights in the car that belonged to my then girlfriend, who is now my wife, and others in the canteen of my workplace. I worked 18 to 19 hours every day. I ate pot pies that cost one pound just to save money.

Did your tenacity pay off?

Indeed. I managed to save enough to further my studies at Cranfield University before getting a job in a company in Geneva. In 1994, I moved back to Singapore where I was a senior manager at Coopers and Lybrand, which is now known as PricewaterhouseCoopers. Three years later, I set up my own consultancy and helped businessmen in India and China expand their businesses.

Why did you decide to set up Dignity Kitchen?

I figured that since I was helping rich people become even richer through my consultancy, why not do something to help the disadvantaged lead better lives? And so I came up with the idea of opening a hawker centre that would be manned by people with disabilities.

What should we do from 50 onwards? We need to give back to society.

What was it like getting Dignity Kitchen up and running?

It was a tough challenge as I couldn’t get funds from the government. Because of this, I decided to remortgage my office to fund this endeavour. It was quite a risk because at that time my children were just entering university and that meant an additional financial burden.

What were some of the other challenges you faced?

Training abled bodied people is already a challenge. Training people with special needs is even tougher. We had to think hard and innovate to help these individuals overcome their limitations. We bought special gadgets. We devised ways to communicate orders using sign language.

Another hurdle was the public perception of people with special needs. I still remember that I once got the staff to wear badges that indicated their disability. But instead of empathising with them, customers shunned our business. There was a stretch of five to six days when we could not sell anything. I still remember having to flush food down the toilet because the cleaner told me that I could not throw it away.

How can we go about fostering greater levels of empathy in society?

It’s all about education. But I’m glad to see that the situation is very different now. People are generally more receptive to helping and engaging with the marginalised. Many years ago, there was no such thing as Corporate Social Responsibility. Today, nearly all companies have this.

Why did you open Dignity Kitchen in Hong Kong?

I did so because the Hong Kong government approached me. In fact, the governments of Macau, Thailand, Brunei, United States, United Kingdom, Croatia and Iran have approached me before. Everybody wants to learn about Dignity Kitchen because we help create jobs for the marginalised.

Because it’s something different. Besides, there’s no way I can provide local cuisine that is better than what is already out there!

What were some of the learnings you got from setting up Dignity Kitchen in Hong Kong?

Besides the food in Hong Kong being rather different, the business environment was too. One of the main differences is the need to communicate in Cantonese all the time. I’ve also noticed that the Hong Kong government is very supportive of social projects like Dignity Kitchen, and I find this very heartening. Another thing I’ve learned is that the disabled and the poor face the same problems everywhere, regardless of what country we’re in.

Are you planning to open Dignity Kitchen in other countries?

I once considered doing something similar in the United States, but for war veterans. I think I’ll most likely take this project to Australia in the future because I really like the country and its environment.

How is business at Dignity Kitchen’s new location at Boon Keng? How has Covid-19 impacted it?

The business in Boon Keng has been badly affected by the implementation of Phase 2 (Heightened Alert). We are only able to do delivery now. Thankfully, we still have some training revenue to keep us going through this difficult period.

What are some life lessons you have gleaned from running a social enterprise?

Be humble. Count your blessings. Humility is very important.

I also learned the harsh reality of business and friendship – they just don’t mix. When you are losing money – I lost $700,000 in the first two and half years of running Dignity Kitchen – you don’t have friends. Even my best friend didn’t want to help me.

Would you say your work now is more meaningful than what you did previously?

Yes. When I look at my employees working every morning, I have this sense of pride because they have managed to do what they do at a high standard. Come try our laksa or chicken rice – both are very good! I can also feel that they are very happy being able to earn their own keep, and this too is very gratifying for me.

What have you learned about special needs individuals through this project?

Special needs people are very loving and honest. They will say things to your face. No pretenses. That’s the beauty of working with them.

I’ve also learned how to understand them. We would have the occasional meltdowns in the kitchen. We once had an employee who would smash clay pots whenever he was unhappy with his own performance. He must’ve smashed more than 30 pots!

Other companies would’ve fired such a person, but I knew he was just pushing himself to do better.

Have any of your employees gone on to work for other kitchens? If yes, do you continue to keep in touch with them?

We have trained over 1,600 people over the last 12 years and many have found employment after training or working at Dignity Kitchen. Some have been doing very well. We try our best to keep in touch.

How has your NS experience helped you in life?

I also learned about the importance of tenacity and perseverance, and how to stay calm in rough times. When the Hong Kong unrest took place in 2019 and affected Dignity Kitchen’s business, I was very calm and composed. There was no panicking!

How would you describe your philosophy to life?

Find something you really love to do and do it. Success is not about how much you have – it is being satisfied with what you have and are doing in life.

Dignity Kitchen is offering food delivery by wheelchair to locations within 1km in its vicinity during Phase 2 (Heightened Alert). Check out their Facebook page for more information.

Strike it up with stripes! 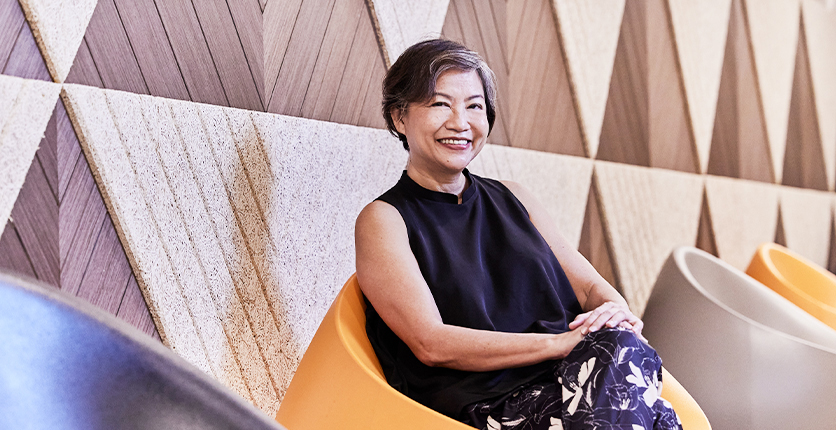 Learning Is A Lifelong Journey

Lim Mei Mei highlights the importance of meeting the evolving needs of NSmen, and to embrace lifelong learning in the face of economic uncertainty. 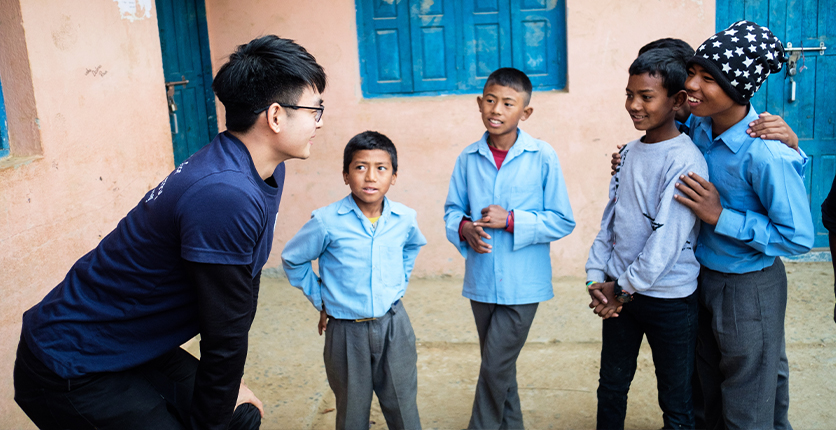 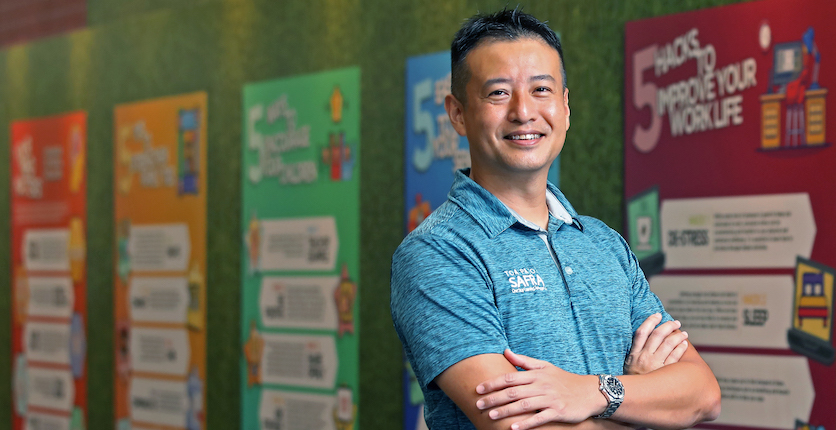