#ENTERTAINMENT
Go On A Great Escape In These Adventure Movies! 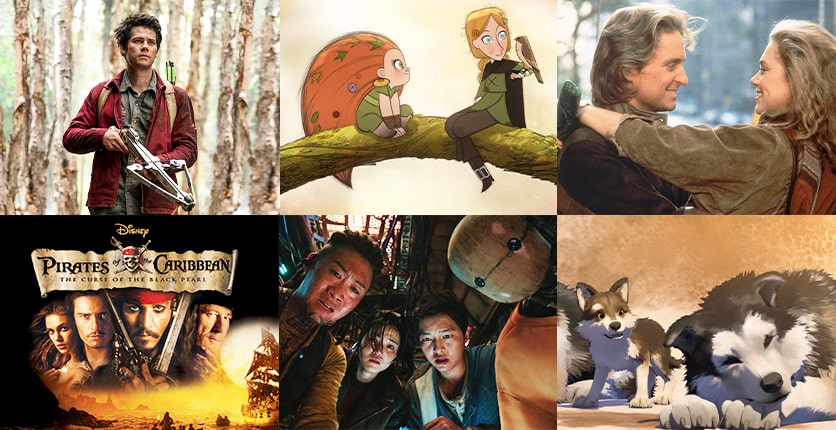 Across vast oceans, over huge swathes of land and way up in space, adventure movies take us on wild, epic journeys and tickle our imaginations along the way.

Thanks to the many streaming options today, audiences can now tune in easily to adventure tales ranging from 1980s classics such as Romancing the Stone, with Michael Douglas playing an unlikely action hero, to more recent fare such as the first Pirates of the Caribbean movie, for which Johnny Depp was nominated for an Academy Award.

The Irish animated film Wolfwalkers was itself an Oscar contender this year, while the former Teen Wolf actor Dylan O’Brien can be seen headlining one of the surprise streaming hits of a post-pandemic movie industry, Love and Monsters.

A young girl named Robyn (Kneafsey) wanders into the woods near the Irish town of Kilkenny while following her father on a hunt. There, she meets a mysterious girl named Mebh (Whittaker), who reveals that she is a “wolfwalker” – a human whose spirit takes the form of a wolf while she sleeps. With the forest and its wolf inhabitants threatened by hunters, Robyn’s loyalties become divided when, one night, she discovers that she too has become a wolfwalker. 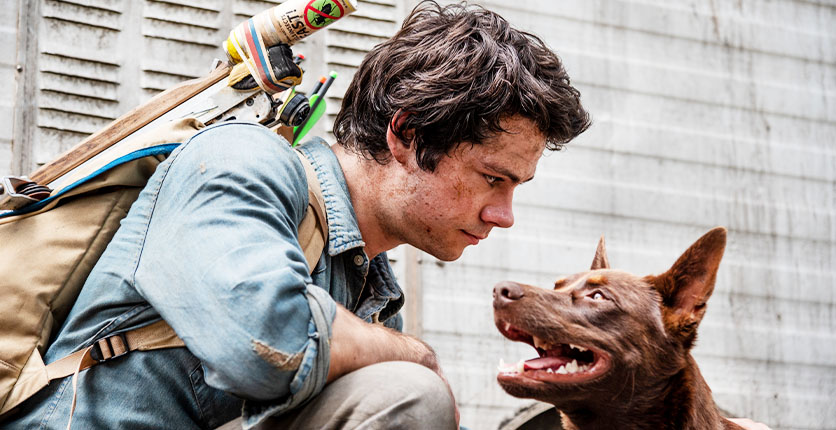 Boy meets girl. They fall in love. Boy loses girl… to a “monster-pocalypse” brought on by an asteroid hurtling towards Earth. In a post-disaster world filled with strange mutated creatures, a portion of humanity has survived underground. After making radio contact with his long-lost girlfriend (Henwick), the “boy” (O’Brien) sets off on a suicidal mission to find her, banding together with some hardy survivors and a dog, fighting off nightmarish beasts along the way.

In the late 21st century, with Earth a hostile environment in which to live, privileged humans have taken to orbiting habitats. The crew of the spaceship Victory perform the task of space sweepers, who scavenge dangerous space debris to make a living on the margins of society. One day, they discover a stowaway on an abandoned ship. As they ponder what to do, they learn that she is a missing robot wanted for the weapon of mass destruction hidden inside her. 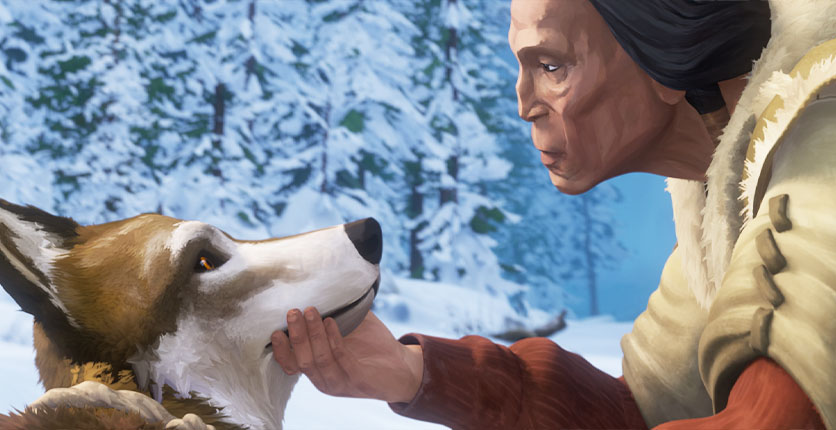 Based on the classic Jack London novel of the same name, this animated feature sees the world through the eyes of a young wolfdog that has been separated from his mother. Taken in by a native tribe to be a beast of burden, the naive stray pup is named White Fang as he gets his first taste of living with humans and leading a pack. His life takes a difficult turn when he is stolen away to become a fight dog, before fate frees him to form a lifelong bond with a new master.

A successful romance novelist (Turner), without much luck in her own love life, is swept up in the adventure of a lifetime after her sister is kidnapped. Forced to go on a rescue mission in South America, she is prepared to hand over the ransom, a treasure map that her late brother-in-law had left her. However, her plans change after she meets a handsome rogue (Douglas), who talks her into going on a wild treasure hunt together, before surrendering the map.

Pirates Of The Caribbean: The Curse Of The Black Pearl 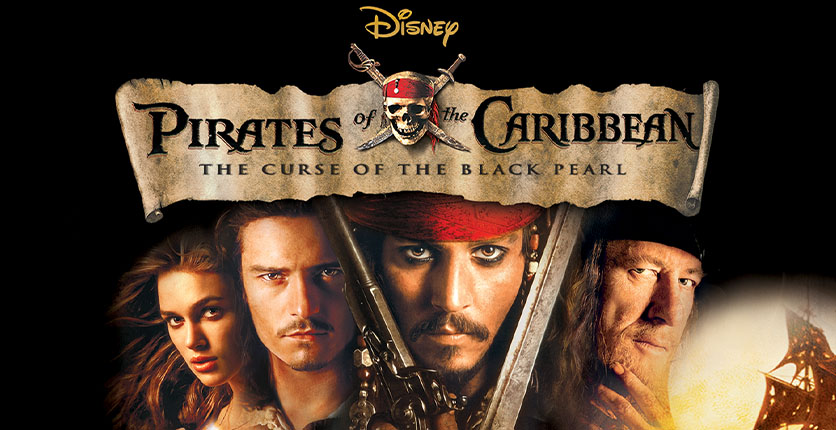 A rip-roaring adventure with a charismatic leading man and a beautiful actress, based on a popular theme park ride. Nearly 20 years before Jungle Cruise hit the screens, fans were treated to this swashbuckling fantasy credited with reviving the pirate genre. Here, the eccentric, and possibly alcoholic, sea captain Jack Sparrow (Depp), seeks to regain command of his ship, the jinxed Black Pearl, with the aid of two star-crossed lovers (Knightley, Bloom). 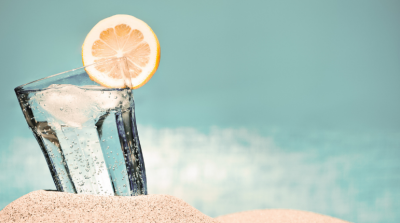 Beat The Heat With These 10 Cooling Treats

Here are some refreshing goodies that just might save your life in the killer heat we endure in sunny Singapore. 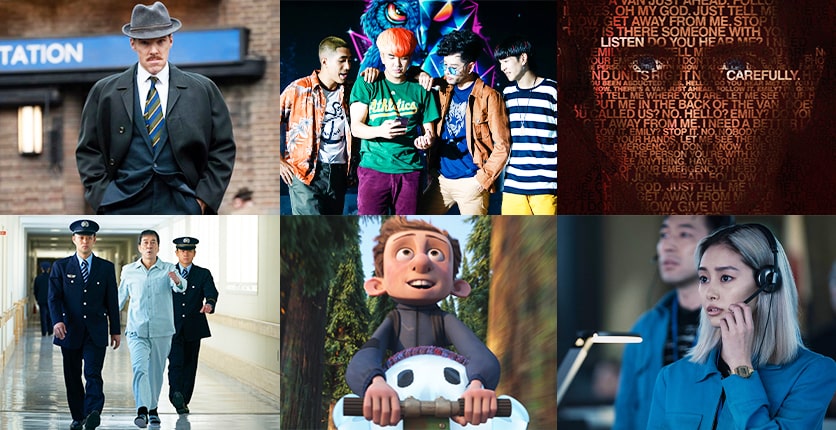 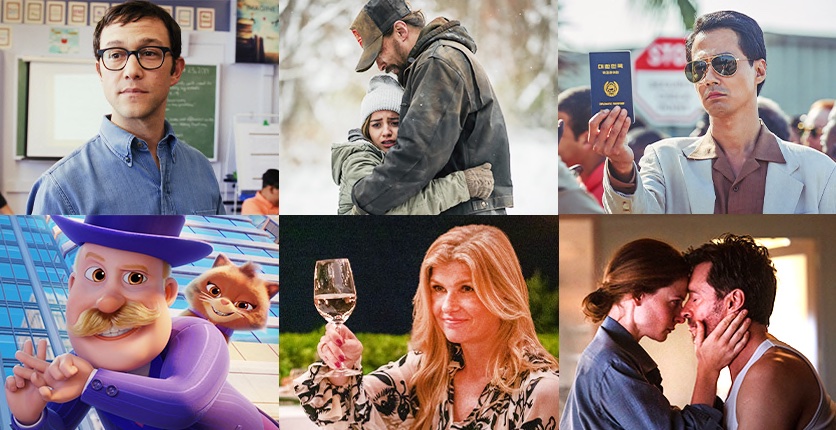