As a former trading port, Singapore’s culinary landscape has been influenced by many different cultures, resulting in a mouthwatering landscape of local dishes. This National Day, we list six of our favourite dishes in this food-obsessed nation, share their backstories, and tell you where to find them.

Said to be invented by a pushcart hawker Cher Yam Tian in the mid-1950s, today’s version of chilli crab was refined in 1960s by Hooi Kok Wah, one of the four local chefs known as the “heavenly kings” of local Chinese cuisine. Mud crabs – usually imported from Sri Lanka – are thoroughly cleaned and chopped into manageable pieces before being deep-fried in oil. The crabs are then tossed in a sauce made with lemon juice, sambal, tomato paste, and egg white, before the gravy is thickened with corn flour and more eggs. This savoury-spicy sauce is best mopped up with fried Chinese buns known as mantou.

Brought to Singapore by immigrants from India, roti prata is a flexible, pan-fried flatbread that can be eaten at any time of the day. Usually paired with a small bowl of fish, chicken, or mutton curry, some Singaporeans still like to have it with a smidge of sugar. Eggs are commonly added to the dough, but modern pratas these days run the gamut from savoury editions such as with hotdogs, mushrooms, and cheese, to dessert-esque versions filled with bananas or topped with chocolate.

All NSMen also enjoy 1-For-1 on the Maggi Goreng Bundle if they use their NS55 credits; more info and deals at safra.sg/membership/ns55-recognition-package-singapore/ns55-deals/more-ns55-deals

The origin of laksa is hard to pinpoint, as it can be found in four South-east Asian countries – Thailand, Malaysia, Indonesia and Singapore – where each nation has its own iteration due to the dish’s adaptability. In Singapore, there are mainly two types of laksa, a product of intermarriages between the locals and seafaring traders from China. The curry-based laksa is a rich, spicy soup made with coconut milk, dried shrimp, and served with thick white noodles, fishcake, prawns and fresh cockles. Meanwhile, assam laksa is fish-based, contains tamarind and ginger – lending it a tart, sour taste – and is served with shredded fish, sliced cucumber, spicy prawn paste, and pineapple slices. 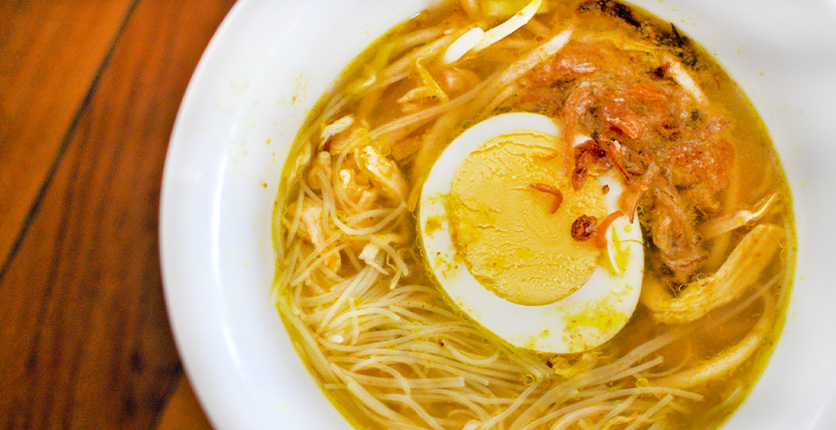 This dish has its roots in the Indonesian city of Surabaya in East Java, and its name directly translates to yellow noodles in a broth. The secret to a good bowl of mee soto lies in its broth, painstakingly brewed with the help of chicken bones, and spices such as garlic, ginger, cloves, cardamom, star anise, lemongrass and turmeric. The piping hot dish is usually served with shredded chicken strips, cilantro, blanched bean sprouts, fried onions and a dollop of chilli for that extra kick. 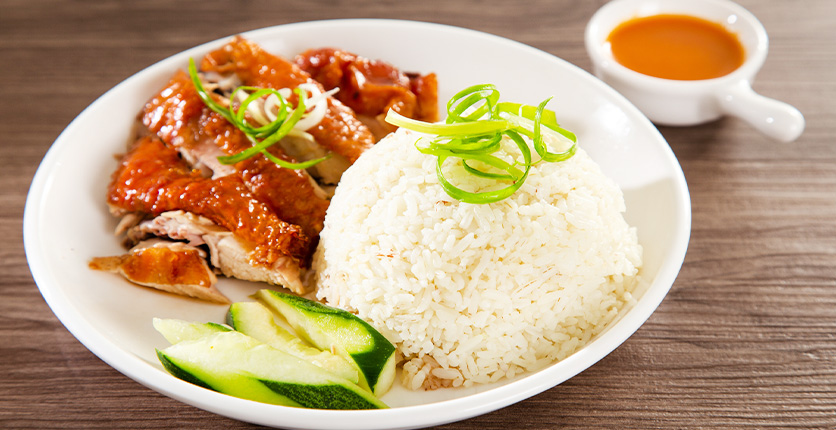 Arguably Singapore’s most well-known dish overseas, local chicken rice is descended from Wenchang chicken. Brought to Singapore by Chinese immigrants from Hainan, China, chicken rice can be found across the island from wallet-friendly hawker centres to luxury hotels like Hilton Singapore Orchard (the former Mandarin Orchard Singapore). The star of the dish is of course, succulent slices of poached white chicken, placed atop slivers of cucumbers in a soya-sauce and sesame oil dressing. The meat must be paired with a plate of fragrant rice cooked in chicken broth, as well as a ginger dip, spicy chilli sauce, and dark soya sauce.

Similar to kebabs, satay is marinated skewers of beef, mutton, lamb or chicken that trace their origins to the Arabs, who brought their Middle Eastern cuisine to the region during the spice trade. As opposed to Arabs who use large metal sticks, the local version utilises bamboo skewers. These sticks of meat are patiently grilled over a flaming charcoal fire and constantly brushed with oil that result in juicy, smoky meat sporting a charred glaze. Satay is also served alongside a peanut-based dip, as well as onions, cucumbers, or ketupat (steamed rice cakes).

Want more dining articles like this, and other lifestyle content right in your inbox? Sign up for the eNSman Newsletter – you don’t need to be a SAFRA member to subscribe – and never miss another story! 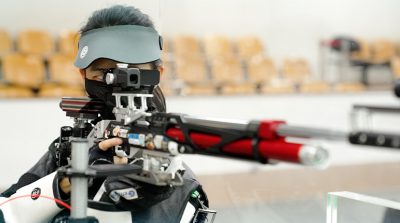 Ask The Expert: Can Processed Foods Be Good For You?

How you can include these as part of a healthy diet.