Held annually, Swim For Hope has been one of SAFRA’s key charitable event ever since it first launched in 2011. Over the years, the event has raised more than $800,000 for good causes, with beneficiaries including Cerebral Palsy Alliance Singapore (CPAS), Singapore Armed Forces (SAF) Care Fund, Aquatics Heart & Hope, Singapore Children’s Society and the Down Syndrome Association.

This year, due to the COVID-19 restrictions, the annual event is going virtual, allowing participants to swim anywhere they choose from 17 October to 15 November and to log their total distance swam onto the online portal before 15 November 2020 to complete the event. This year’s event also marks the first time that SAFRA is working with the title sponsor, Liberty Insurance, a diversified global insurer and the sixth largest property and casualty insurer in the U.S based on 2019 direct written premium, along with partnerships with Families For Life, Garmin and STARBALM Sport Care, and official sponsors PHS Hairscience, SE Archery and Sunplay.

In this year’s Liberty SAFRA Swim For Hope event, the age-group based categories are being converted to distance-based categories to encourage participants to challenge themselves further. The usual category awards will not be given and they will be replaced with participant-exclusive social media contests such as #photo giveaways, where participants will be chosen at random to win attractive prizes including 11 sets of Liberty Insurance sponsored Garmin Smartwatches.

Also, there will be a leader-board feature where participants can challenge the likes of Olympic champion, Joseph Schooling and other national swimmers on total distance clocked. It’s a fun way to challenge your own records by taking part in this exciting feature.

And speaking about Joseph Schooling, this year’s event will feature three personalities whom are all veterans in the swimming community – former national swimmer Ang Peng Siong, former “Swim Queen” Joscelin Yeo and para-athlete Jason Leong. All three will share their stories of having to overcome various challenges and obstacles in their lives but nothing takes away their passion to swim. Through these stories, they hope to inspire everyone to swim to their best in this year’s Liberty SAFRA Swim For Hope. 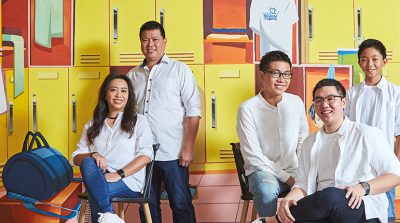 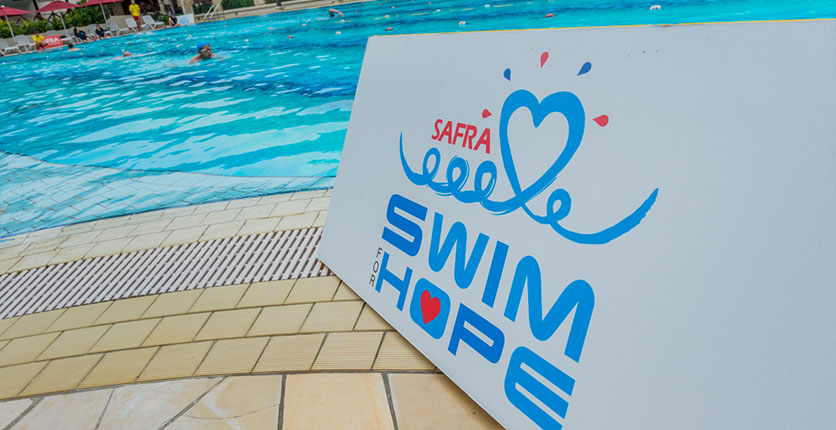 Carry a container for H20, but make it fashion.

The jock offers us some of his tips on how to stay motivated and keep in the pink of health.