Celebrating all things around the big 5-0.

Have you ever realised that the number 50 is almost always associated with something good?

For starters, we have rankings like The World’s 50 Best Restaurants that honour outstanding dining establishments. There’s also 50 per cent discounts, which I am looking forward to at this year’s Great Singapore Sale.

And then we have 50th anniversaries, which are always a big deal. Remember SG50? Well that was certainly one celebration to remember.

Speaking of anniversaries, SAFRA will be celebrating its 50th birthday this year, so be sure to watch out for all the exciting events to mark this momentous occasion. Don’t forget to redeem your 50 Cents Treats too.

On my wishlist too: a 50 per cent discount for my IPPT requirements.

Did you know that a 50th anniversary is so significant that the occasion is even associated with gold? For example, a 50th wedding anniversary is also known as the “golden anniversary”.

I have not been able to determine the exact person who decided to come up with names for wedding anniversaries but I did discover something interesting – the special names that start from the 20th all the way to the 70th are associated with precious items often used to craft jewellery.

For example, a 25th wedding anniversary is called the Silver Anniversary while 45th is linked with sapphire. Diamonds are associated with 60th anniversaries and platinum is reserved for the 70th.

And then things start to get a little weird because the 80th anniversary is called the Oak Anniversary.

A piece of wood? It’s as if the person who came up with the naming system suddenly decided to be woke and become a tree hugger and climate change activist.

I think this naming system clearly exemplifies how humans love assigning meanings to things. The classic example would be the diamond. For centuries, the diamond has been viewed as a symbol of love, but many point out that it was only in the 1940s that it became a must-have wedding item following the famous ad campaign by De Beers.

Today, many view the diamond as a precious stone that can be used to flex one’s wealth and love. Others, though, argue that the diamond is in fact nothing more than a piece of carbon that has been overhyped.

I’m a firm supporter of the latter camp. In fact, I was considering buying a lab-made aka synthetic diamond for my marriage proposal. Needless to say, the wife-to-be wasn’t impressed.

Moral of the story? Just get the synthetic one.

No, not the diamond. The wife.

Some have also argued that diamonds aren’t as rare as they are touted to be, and that their lofty price tags are a result of market supply control. I also believe this to be true.

I mean, just look at the chicken rice prices now that Malaysia has stopped its chicken imports to Singapore.

On the topic of supply and demand, I think that Singapore is sitting on a gold mine. I reckon that if we establish a monopoly over the legendary “CB leaf” (aka Simpoh Air leaf) that we encounter while outfield in NS, we would be able to sell these plants for ridiculous prices.

What? Why would people spend money to buy plants? Beats me. But I once read that someone dropped a whopping S$20,000 on a Monstera aurea mint. I also have a friend who recently bought a Hoya carnosa compacta for $4,000.

In fact, I recently visited his home to view his incredible collection of exotic plants. It was a most enlightening experience. After I got home, I walked right up to my mum and yelled: “Ma, you lied. Money does grow on trees!”

Want more fun articles like this, and other lifestyle content right in your inbox? Sign up for the eNSman Newsletter – you don’t need to be a SAFRA member to subscribe – and never miss another story! 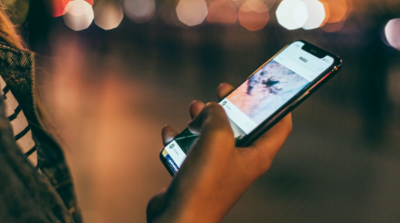 Because Food Makes Us Tick

What if our combat rations were made up of local hawker delights?

Don’t wait till National Day to get in touch with your island home.

Let The School Holidays Be Fun

Give your kids the chance to be kids.