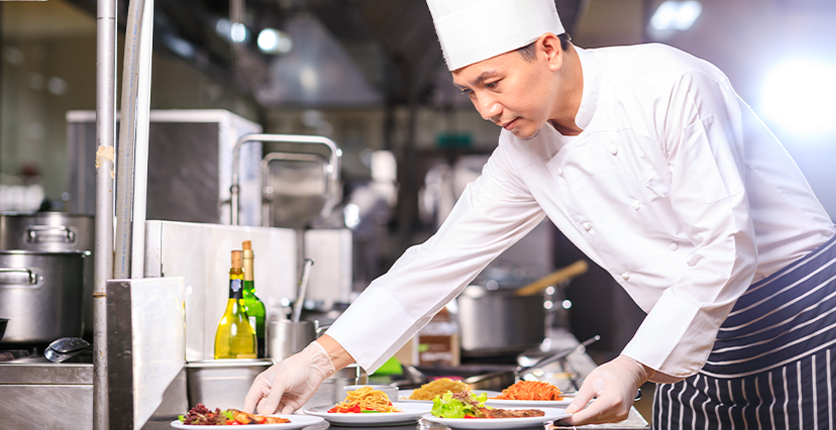 Chefs are revered for their culinary talent, innovative techniques and attention to detail; they don’t just cook, they create. We spoke to five chefs to find out how they got started in the industry, how their time in National Service (NS) shaped their work ethic, and what advice they can give to those who’re thinking of following in their footsteps. 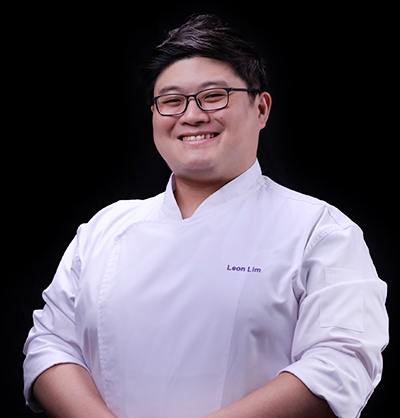 “I’ve always enjoyed cooking for family and friends. At 21, I thought about becoming a chef but as I’d just been offered a teaching scholarship, I didn’t act on it.

After being named First Runner-up in the second season of Masterchef Singapore, I decided to get into the food business. A year ago, I opened a halal establishment called Creatr Café in partnership with Three’s A Crowd Café.

At the moment, I also host a cooking video series for SAFRA Jurong.

The best part of my job is experimenting with new ingredients and developing new dishes for the café. But it’s tough as well, because I have to optimise whatever resources I have – it’s different from being a contestant on Masterchef Singapore, where I had an open pantry and could cook with whatever ingredient I wanted. Thankfully, I have friends who are always willing to try my ‘experiments’ and give me their opinions.

To be a chef, it’s important to be willing to learn and make mistakes. And find friends who’ll give you honest and constructive feedback about your food. Of course, you should trust your own palate, but you must never forget that you’re cooking for others. If you receive negative feedback, don’t take it personally – you should be able to stand by your food, no matter what anyone says.” 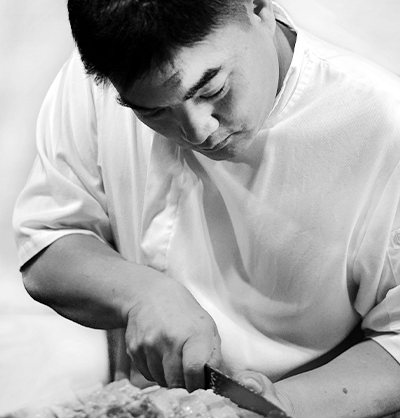 “While waiting for my NS enlistment, I was a busboy and washed dishes. I later became a waiter and then, a cook. When I completed NS, I returned to the kitchen and discovered that I loved cooking. At that point I decided to take the job seriously, getting whatever skills and qualifications I needed so that I could make a career out of it. I also acquired experience in restaurants both local and overseas.

As much as I enjoy being a chef, it’s a challenge at times trying to meet and exceed customers’ expectations. It’s also not easy recruiting and retaining staff.

To be a good chef you have to be passionate about cooking, but beyond that, you must also be disciplined, dedicated, patient, open-minded, detail-oriented and able to take criticism, as well as have stamina and a good palate. Leadership skills and good time management are essential as well – and my time in NS gave me that.” 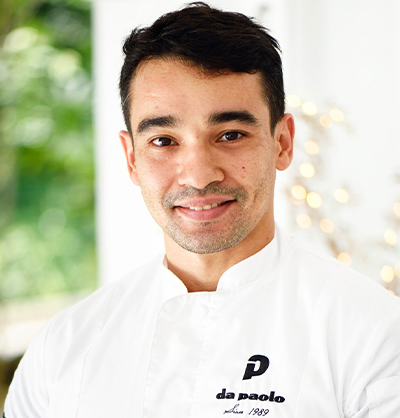 “When I finished NS, I wanted to travel, work and pick up a new skill or two, so I studied at a culinary school in Italy, where I learnt the basics of Italian cuisine, and worked in Michelin-starred restaurants in Italy and Holland.

I returned to Singapore in 2010 as a head chef, eventually progressing to my current role as Group Executive Chef, overseeing the kitchen operations of two central kitchens and 13 outlets.

Dealing with pressure is my favourite part of the job. I thrive in busy and fast-paced environments.

A big challenge of this business is ensuring that your business stays profitable. As the last couple of years have shown, things can change without warning and affect your livelihood in an instant. You have to be able to roll with the punches.

If you want to be a chef, my advice is to get out there, immerse yourself in the industry and never stop learning. Be proactive and unafraid to do things differently. And remember that being a good chef isn’t just about understanding food and cooking; you must respect everyone you work with.

I was a Guardsman of 3rd Battalion Singapore Guards (12th Mono) until the end of my reservist days at 745 Guards Battalion. During this time, I learnt how to earn respect and be the best at whatever I undertook. I understood the importance of teamwork and of working hard in order to make things happen, no matter the circumstances.” 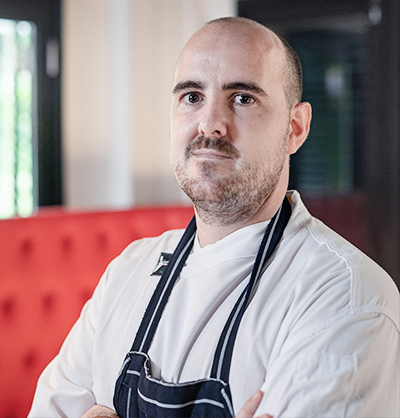 Before I became a chef, I studied hospitality and catering and did a stint in 2005 at a campsite in Ramatuelle, in the south of France, where I learnt the fundamentals of French cooking. I later got to work overseas, where I discovered various cuisines, before moving up the ranks back in France and then joining the Les Bouchons brand in 2014.

In Singapore I started as Chef de Cuisine, overseeing one restaurant on Ann Siang Road. Then, I took charge of the Robertson Quay outlet as well. I also got to lead our brand expansion into Johor Bahru in 2020. Now, as Executive Chef, I’m thrilled to be taking our brand to greater heights with the recent opening of our fourth and largest outlet at Rochester Commons.

Running a kitchen and cooking for countless people every day isn’t easy, but when I hear from our diners that they enjoyed their meal, it makes all the hard work worthwhile.

A good chef to me is someone who cooks with love and always thinks about how their customer will experience a dish. He or she is also meticulous in the kitchen, open to feedback, whether positive or otherwise, and willing to improve to make their customers happy.” 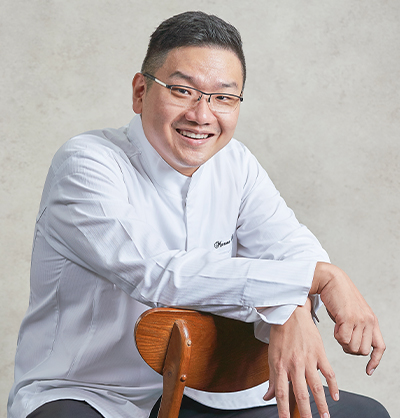 “From a young age, I’ve always loved being in the kitchen. I remember helping my grandma peel garlic and ginkgo nuts and my mother prepare meals during the Lunar New Year.

In school I studied Home Economics. Later, I enrolled in SHATEC where I had the chance to intern in professional kitchens, and it was during this time that I decided to become a chef. I then went to university in Switzerland, where I studied European culinary management.

I was overseas for a decade, working in Hong Kong, Dubai and China before returning to Singapore. Now, I run Path with 1855 F&B.

This is a competitive industry so it’s hard trying to keep our customers excited; we’re always on the lookout for new ingredients and innovative techniques that will capture their interest. Ultimately, when my customers are happy, I’m happy, too.

NS taught me many things that I still apply in my job today, one of which is discipline. As a chef, you have to be disciplined. This isn’t a nine-to-five job; there’s a lot of work involved, so aside from being talented, you must also be disciplined enough to repeat the same routine over and over for the sake of your craft.”

Inspired to start your cooking journey? Join us at SAFRA Punggol for a series of baking and cooking classes with Traditional Bakes, ranging from novice level to advanced level classes. Classes are conducted in our Culinary Experience Studio, which is fully equipped with state-of-the-art Bosch cooking appliances such as high-tech built-in ovens, ceramic induction hobs and more. More info at www.safra.sg/whats-on/memorablerecipes2022 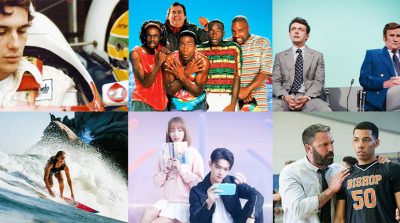 The Winner Takes All: Movies About Sports That Inspire & Uplift 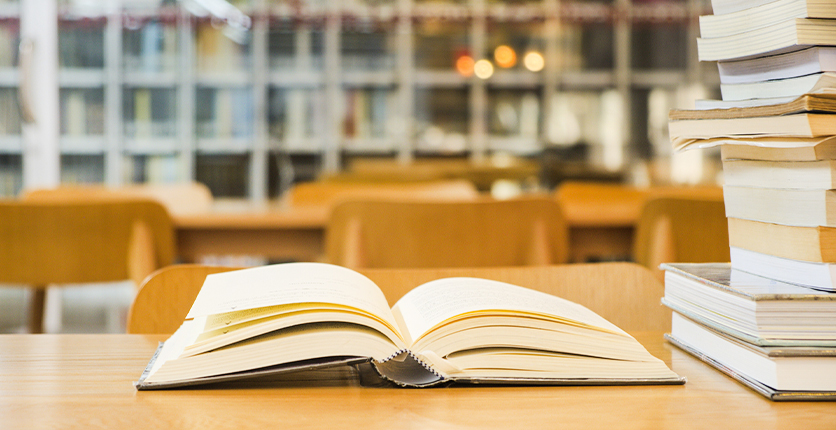 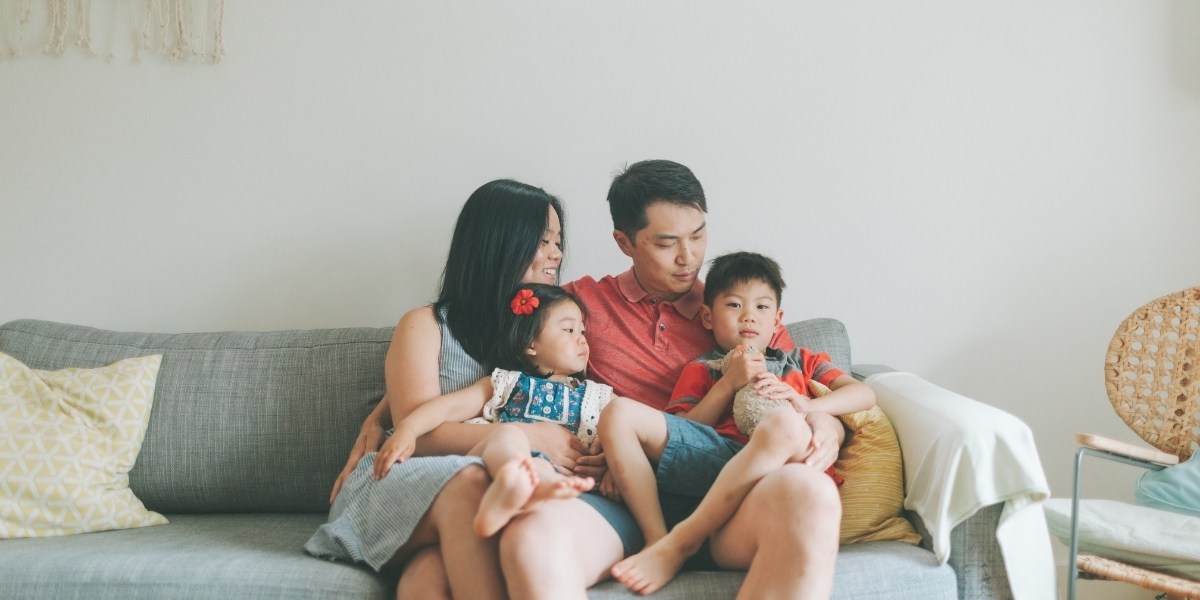