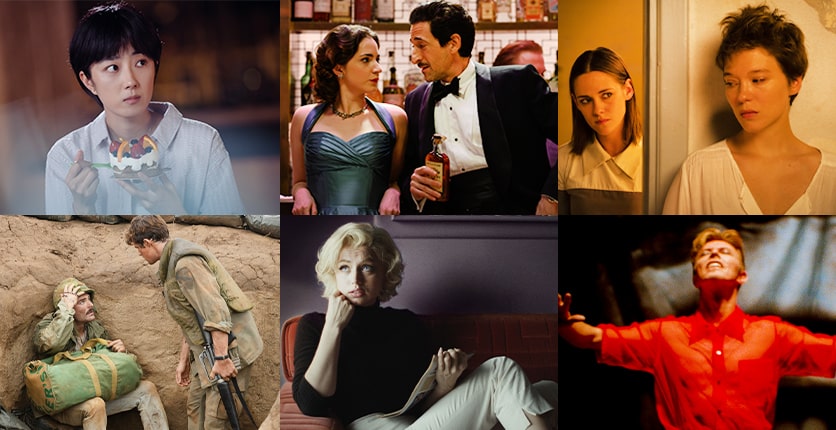 See How They Run

Out in cinemas 29 September (Available at Shaw Theatres)

A murder mystery plays out off the stage, rather than on it, as plans for a big-screen adaptation of a hit West End play are halted after the would-be director is killed. The investigators are an odd couple, made up of a grizzled inspector (Rockwell) and an overeager rookie (Ronan). As the pair race against time to solve the case, the entire cast are under scrutiny as potential suspects – with some more suspicious than others – when one by one, they become the victims of a possible serial killer. 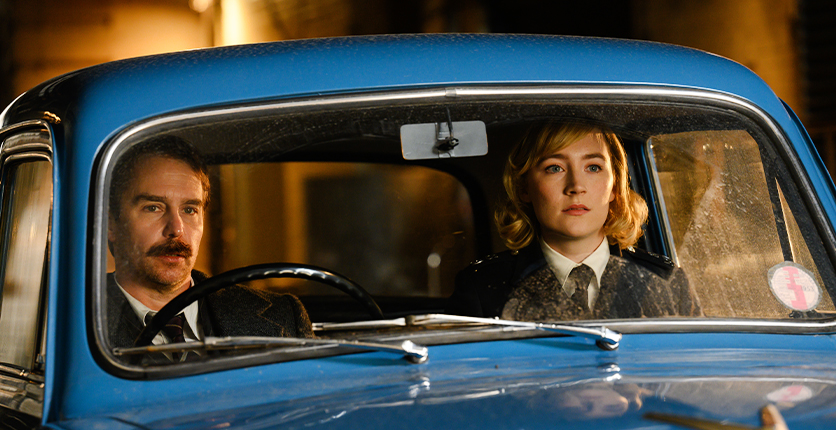 Only 28 and a four-time Oscar nominee, this prolific Irish actress first broke through in a tragic romance, and has since displayed a knack for both dramatic and comedic roles.

The first thing you notice about Saoirse Ronan is her first name.

An Irish name that means “freedom”, it’s one that even Saoirse herself claims not to pronounce correctly. For the record, the four-time Academy Award nominee introduces herself as “sur-sha” and says it rhymes with “inertia”.

The 28-year-old first made her name as a teenage actress in the doomed 2007 romance Atonement, where she played a child who makes a horrible mistake that separates two lovers.

At just 13, she was nominated for a Best Supporting Actress Oscar for the role.

With more than 30 film and television credits to her name, Ronan would also seem to be a particularly hard-working performer, with at least one movie part a year for every year since 2007 – except for 2016, when she was in a Broadway production of The Crucible.

Between 2015 and 2019, her sterling work was recognised in the form of three Best Actress Oscar nominations, for her roles in the period romance Brooklyn, in the coming-of-age tale Lady Bird, and in the literary adaptation Little Women.

While she has a sweet and funny persona off screen, she has been described as a “formidable” actress and is rated highly as one of the best actors of not only her generation, but of multiple generations, depending on whom you ask.

Recently spotted tucked away in the ensemble cast of 2021’s The French Dispatch, Ronan is slated to appear prominently in See How They Run, an upcoming mystery comedy where she plays a brave but gaffe-prone police constable. 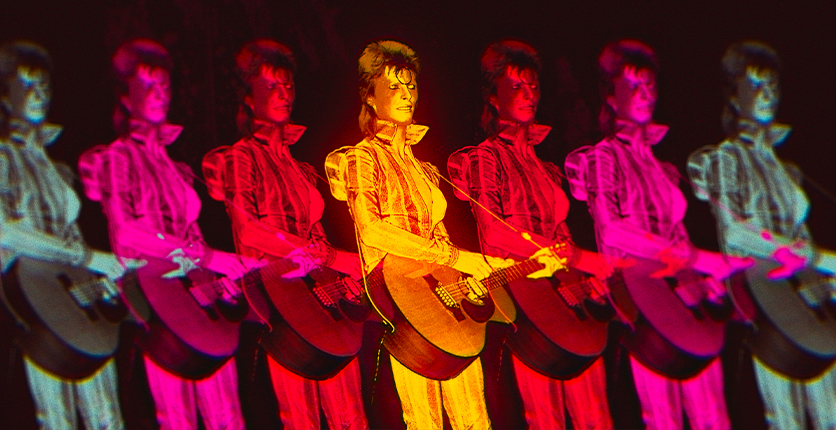 Out in cinemas 15 September (Available at Shaw Theatres)

Named after one of the greatest songs by the English singer-songwriter and music legend David Bowie, this is a documentary about the life and genius of the man and the icon. Bowie, who died in 2016, is regarded as one of the most influential and innovative artists of our time. Based on previously unreleased footage from his personal archives, including concert recordings, this is a musical and spiritual journey narrated by Bowie himself, as he reveals his personality, thoughts and artistry in kaleidoscopic and cinematic brilliance.

Crimes Of The Future

Out in cinemas 29 September (Available at Shaw Theatres)

Sometime in the future, humankind has experienced biological changes, with the vast majority no longer plagued by infectious disease or physical pain. For some, the changes are inconceivable, such as becoming able to consume plastic. Yet others, such as a man named Saul (Mortensen), have an “accelerated evolution” disorder. As Saul and his partner become famous as performance artists, showcasing body modifications and surgeries, they draw the attention of the authorities, which try to restrict such evolution. 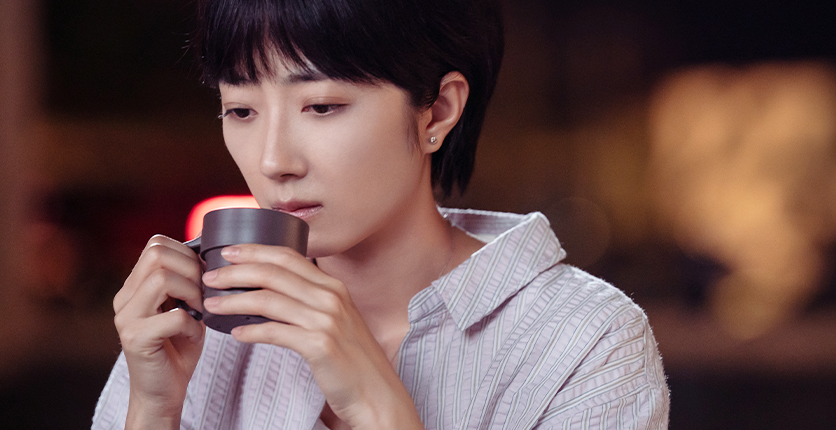 I-Shan (Gwei) is a good-natured, small-town woman who leaves the comfort and familiarity of home to venture to the big city. In Taipei to pursue her dreams, she struggles to live her new independent life, grappling with issues of love, friendship, family and career, and goes on an emotional rollercoaster of being hired and fired for the first time. Despite the difficulties of making ends meet, facing heartbreak and being forced into tough choices, she puts everything on the line to pursue her goals, and stay true to herself.

One of the most enduring icons of Hollywood’s Golden Age, the actress Norma Jeane Mortensen, known to the world as Marilyn Monroe (de Armas), did in fact act in films such as Gentlemen Prefer Blondes, Some Like It Hot, and How to Marry a Millionaire. She also dyed her hair to play blonde bombshells, and had high-profile marriages to retired baseball star Joe DiMaggio (Cannavale) and the playwright Arthur Miller (Brody). However, this is a fictionalised account of that life, based on a novel by Joyce Carol Oates.

The Greatest Beer Run Ever 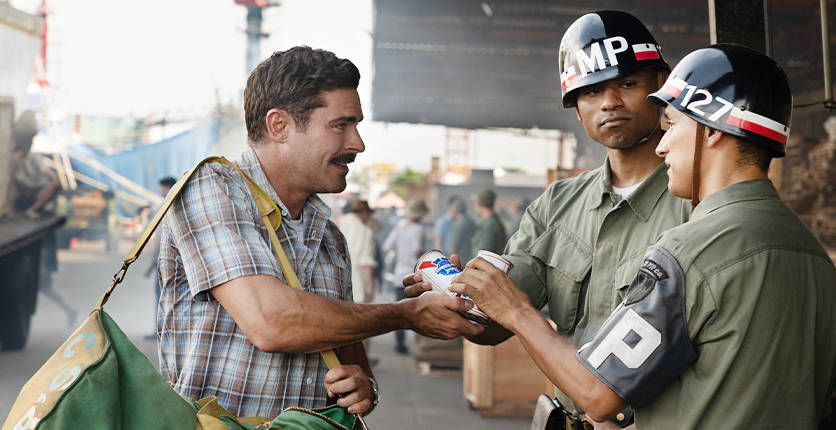 A young man nicknamed “Chickie” (Efron) does a brave, and foolhardy, deed when he accepts a dare to go to a war zone halfway across the world. A military veteran himself, Chickie is still in his 20s living a directionless life in New York. Dismayed by anti-war protests and influenced by his local bartender (Murray), he decides impetuously to go support his friends fighting in the Vietnam War, by working on a merchant ship headed there and scheming to smuggle his buddies some good old American beer.

No more worries on what to do for family outings. The 6 SAFRA clubs have you covered. 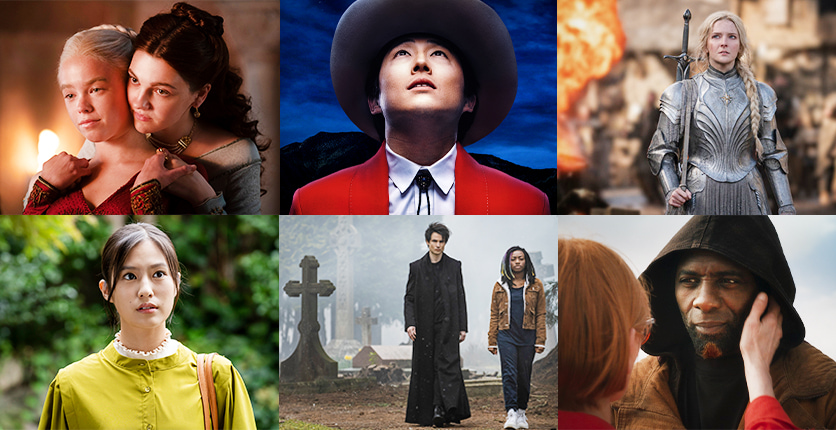