A father of a Special Olympics Singapore athlete shares how your contribution to Swim for Hope helps their coaches and volunteers. 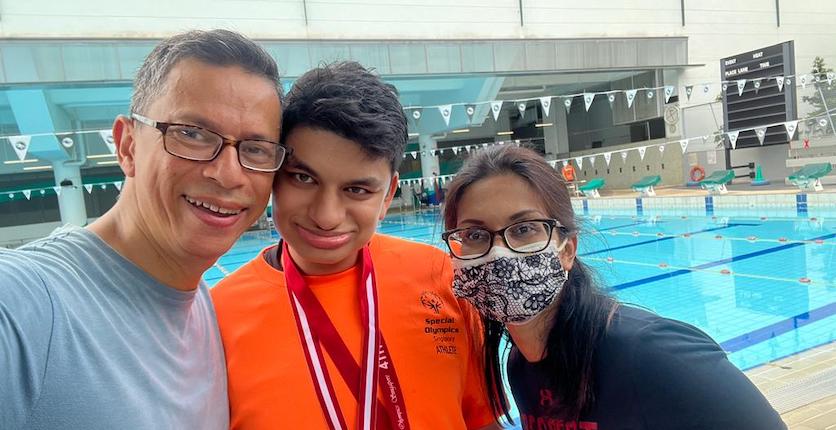 Swim for Hope is SAFRA’s iconic annual charity event. Since its introduction in 2011 by SAFRA Tampines, the fundraiser has expanded to all five swimming pools at SAFRA Clubs, giving National Servicemen and their loved ones the chance to bond through sport while supporting important charitable causes.

Among the many beneficiaries of Swim for Hope 2022 is Special Olympics Singapore, which is part of a global organisation that serves athletes with intellectual disabilities. These athletes work with hundreds of thousands of volunteers and coaches each year.

Anand Lal is a volunteer coach with the Special Olympics Singapore swim team and the father of one of its swimmers, Krish. Here, he shares how Special Olympics Singapore is helping swimmers like his son maximise their sporting abilities, and explains how contributing to Swim for Hope makes it possible for coaches and other volunteers to continue delivering their best for these athletes.

Q: How did you get to be a volunteer coach for the Special Olympics swim team?

Anand: In 2020, my then-14-year-old son Krish was given the chance to train with the Special Olympics’ swim team. There was a shortage of coaches, so I volunteered to help out.

Singapore’s Special Olympics athletes train at multiple venues across the island. At the moment, I train swimmers at Hougang Swimming Complex and SAFRA Tampines. 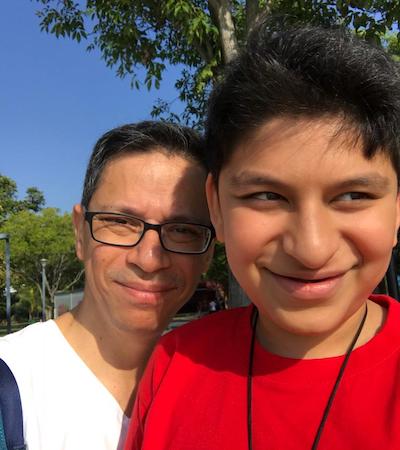 Q: Your son, Krish is an athlete with the Special Olympics Singapore swim team. Can you tell us about him?

Anand: Krish is 16 years old. He has a combination of challenges that we call co-morbidities – namely, dyspraxia, apraxia and diabetes insipidus. Dyspraxia affects his gross and minor motor planning skills and apraxia affects his speech. Diabetes insipidus is a condition that causes an imbalance of fluids in the body and is characterised by large amounts of diluted urine and increased thirst.

Krish is non-verbal and generally struggles with comprehending and doing tasks such as writing and changing his clothes. He has to undergo various therapies, but sports is one activity that’s helped to improve his coordination skills and allowed him to release his energy more productively. He swims about twice or three times a week.

Q: How did Krish’s love for swimming come about?

Anand: When Krish first got into the pool, he started drinking the water, but we had no idea at the time that it was because he had diabetes insipidus and was actually quenching his thirst.

After he was diagnosed with diabetes insipidus and we understood more about his condition, we trained him to not drink the pool water and to blow bubbles instead. Eventually, he started swimming. Although Krish is non-verbal, you can tell from his body language and smiles that he’s happiest when he’s in the water.

I was keen for Krish to be part of the Special Olympics Singapore swim team, and after three years of waiting and an assessment, he was finally accepted.

Q: Has Krish participated in many competitions so far?

Anand: He normally participates in fun swims, but on May 14 he took part in his first Special Olympics competition, and shortly after that, a swim-a-thon at his school where he swam 2.4km in 105 minutes. 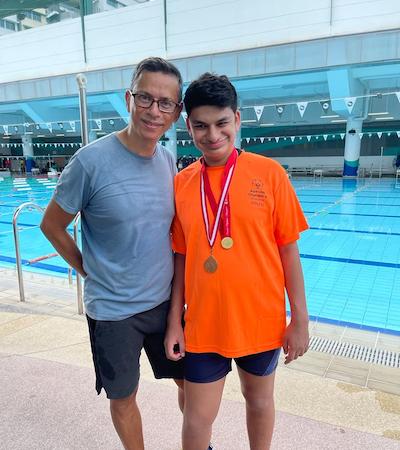 Q: Tell us about how the Special Olympics programme at SAFRA supports special needs swimming.

Anand: The programme is a community service project that involves various organisations. These organisations work together to promote swimming and to raise funds for the community.

We’re now seeing a national effort to raise awareness of individuals with special needs and to promote inclusiveness across all levels of the community. The Special Olympics programme at SAFRA is contributing to this effort, particularly in the area of swimming and sports for intellectually disabled athletes.

Q: How has Krish – and other athletes like him – benefitted from the Special Olympics programme at SAFRA?

Anand: The programme has given Krish the opportunity to race with other athletes and train under many different coaches and volunteers. Thanks to the programme and the supportive, nurturing environment, his endurance and swimming skills have improved significantly, not to mention the boost it has given his confidence. I believe that the other athletes have benefitted in similar ways.

Q: Why is Special Olympics Singapore so important to people with special needs?

Anand: It focuses on athletes with intellectual disabilities, using different sports to encourage these individuals to maximise their abilities. It’s also made sports accessible to them, thanks to volunteers and others who have been generous with their time and resources. Special Olympics Singapore is also doing a lot to raise the profile of the special needs community. 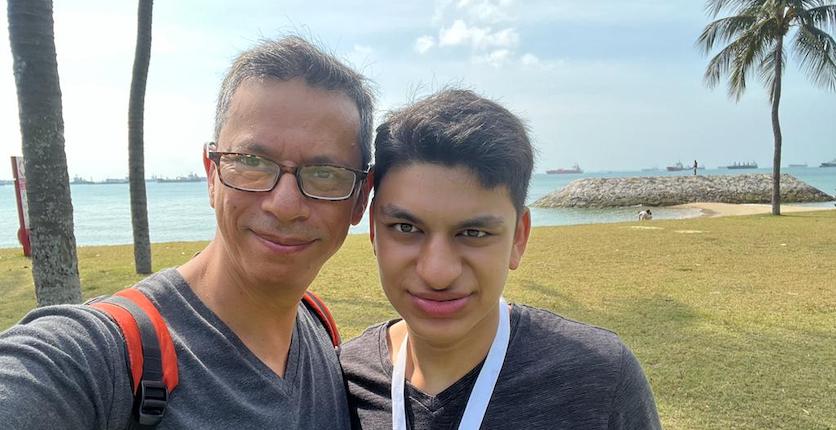 Q: How does Swim For Hope help Special Olympics Singapore?

Anand: Swim for Hope has helped Special Olympics Singapore increase awareness of intellectual disabilities. We’re now starting to see a greater acceptance of, and respect for, individuals with special needs.

Swim for Hope also encourages healthy living through sports, and in this case, swimming. All donations to Swim for Hope go towards supporting those who work with the Special Olympics, by helping to pay their salaries and making it easier for them to acquire facilities and other resources for the benefit of the athletes.

Q: Are there plans to get the special needs swimming athletes ready for the next Special Olympics?

Anand: There are efforts to increase the capabilities of the volunteers, so that we can raise the standards of our athletes.

Special Olympics Singapore will be sending two athletes to participate in the Special Olympics World Summer Games in Berlin next year. The athletes will be training intensively over the next several months and more volunteers have signed on to coaching roles.

You support the beneficiaries of Swim for Hope 2022 in 2 ways:

For more information on how to donate or contribute, visit www.safras4h.sg

Want more articles like this, and other lifestyle content right in your inbox? Download the new SAFRA mobile app and opt in for the eNSman Newsletter – you don’t need to be a SAFRA member to subscribe – and never miss another story! 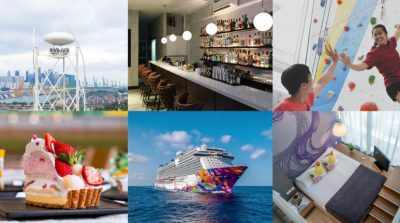 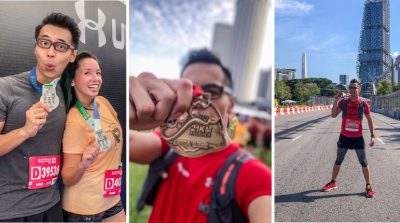 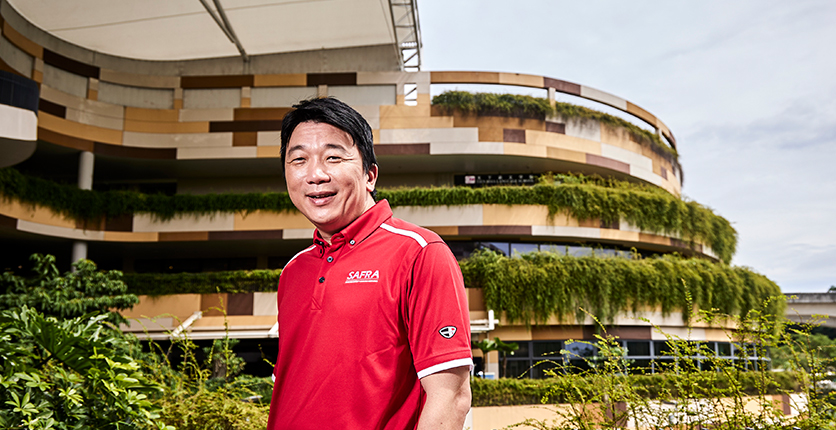 Tin It Phong, SAFRA’s Audit Committee Chairman for over a decade, on his volunteer journey. 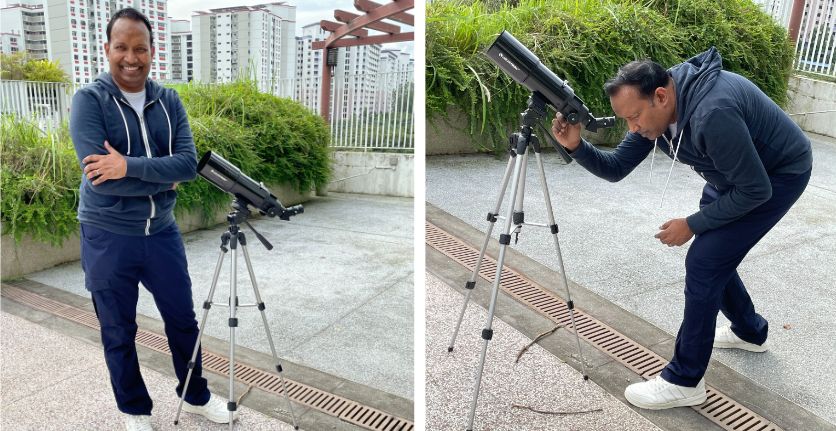 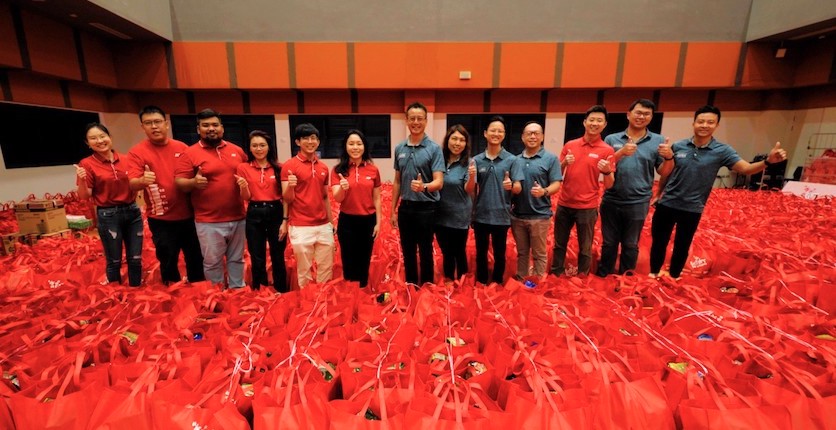