5 Childhood Games To Get Your Blood Pumping

Get the kids off their screens and moving about with these old school games!

Squid Game, the fascinating though graphic Netflix series features a host of children’s games, where one misstep would spell a player’s demise. Inspired by the wildly popular show, we look at five Singaporean childhood games that one would have played during recess – without the deadly outcomes, of course. With the school holidays starting next week, there’s no better time to revisit them with the kids! 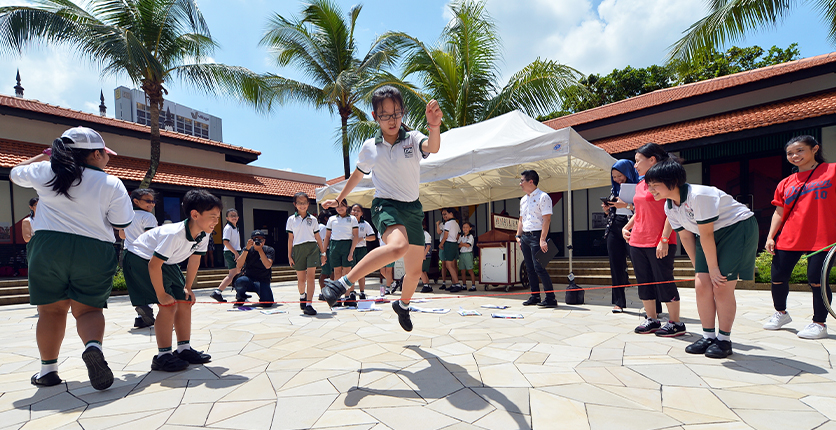 This traditional game requires a rubber rope created from many interconnected rubber bands woven together. Players in the game are required to cross or jump over the rope, without touching the rope. The rope is held by two people on opposite ends, starting from the ankle – before progressively being brought higher with each successful crossing – up to the knees, waist, shoulder, ears and finally, over the (seemingly impossible to achieve) head. Kids who were known to be “star jumpers” at this game gained some sort of mini-celebrity status in their schools! 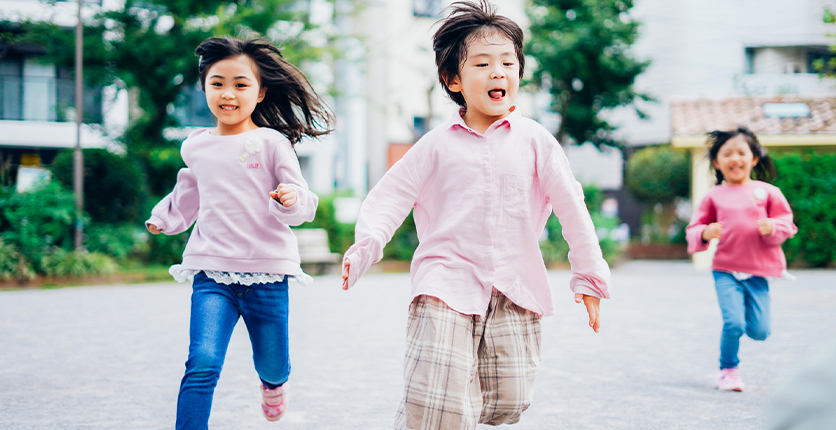 Also known colloquially as catching, the game starts by splitting players into two groups. One team takes up the police role, while the others are thieves. There are usually fewer police than thieves. A designated space will be assigned as a prison, and apprehended “thieves” will have to stand in it. To win the game, the police have to exercise dexterity by quickly rounding up the thieves and putting them in prison. But watch out! If the thieves are sly and quick enough, they’ll be able to tap their fellow thieves out of prison and all hell will break loose again.

This is a traditional children’s game where several players hop into squares that are either drawn with chalk, or painted onto the ground. Drawn in a double T-shape, numbers 1, 2, and 6 are single squares, while 3, 4, 5, 7 and 8 are double squares. The first player will throw their game piece – usually a coin purse or wallet – onto the first square, and proceed to hop through the course, skipping the square the game piece is on. The objective is to hop their way across the entire game without losing their balance or stepping outside of the lines. No doubt some budding gymnasts were discovered on the hopscotch squares, as the game required good foot-eye coordination and balance. 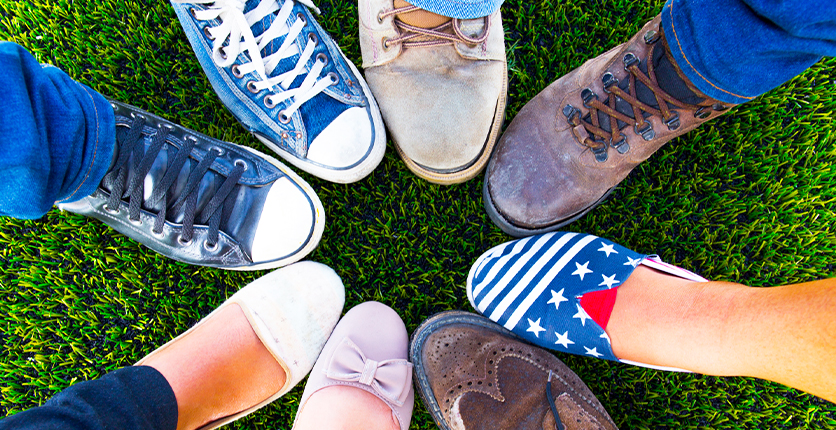 Needing at least three players to execute, Pepsi Cola 1-2-3 was probably the reason why many stark white school shoes turned black. Players gather in a circle and are each assigned a number, before yelling in unison “Pepsi Cola 1-2-3”. During this chant, players have to jump away thrice as far back as they can go, then freeze in position. The game proceeds in numerical sequence, and the aim is to eliminate another player by stepping on or tapping their foot. Players can defend themselves by dodging. Those who get stepped on are eliminated, and the last individual standing wins. The physicality of the game and ensuing adrenaline rush definitely resulted in one riotous mess with plenty of yelling and screaming from all involved! 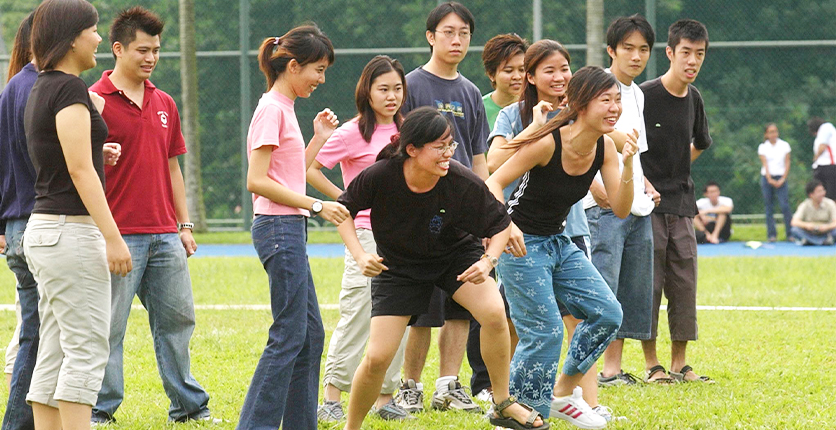 Played in void decks or open spaces, Dog and Bone is all about being able to snatch the “bone” (usually a ball/beanbag/water bottle) that lies in the centre of the playing area. Each team will have an equal number of players who will each be assigned a number. An officiate would yell out the number, and two people with the same numbers from opposite teams must snatch the “bone” and run back to base. But even as one gets the bone and is hastily retreating to their team line, there is a chance they can still be tagged by the opposing team, which results in a fail. Teams score points depending on how many times the “bone” makes it past the home line. Lots of cheering from their supporting team members ensured this popular team-building game was always a hit!

Share your favourite childhood games with us at magnsman@sph.com.sg! 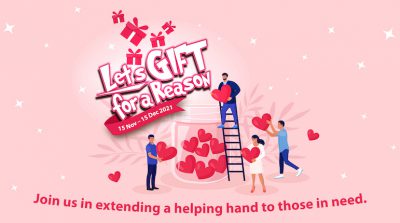 Making it easier for you to reach out to the less fortunate this festive season.

Introduce the youngsters to these nostalgic card and board games this June holidays.

Creative ways to keep the little ones busy.

Life-Affirming Games & Cards To Help You Keep Calm & Carry On

Look to these positive and fun card decks to inspire meaningful moments for both you and your loved ones.